Infrastructure and Taxes: A Look at What’s Ahead

The Impacts of Infrastructure Proposals and Tax Changes Of particular note, the infrastructure plan would invest $621 billion in transportation infrastructure including $17 billion allocated for inland waterways, locks, and ports critical to moving agricultural products to market. The plan also proposes investing $100 billion in broadband infrastructure to bring high-speed internet to all of rural America.

Potential Costs for Businesses due to Infrastructure Plan

To pay for this plan, the Biden administration is proposing:

Outlook on Other Changes

Human infrastructure proposal.  In addition to the American Jobs Plan announced today, in the coming weeks President Biden is expected to announce a separate $2 trillion “human infrastructure” proposal that could include items such as universal pre-K education, funding for community colleges, and other items. This human infrastructure package may be coupled with an increase in the top marginal tax rate to 39.6 percent from 37 percent (on individuals making more than $400,000/year) and could include increases in the estate tax, capital gains tax, and changes to the step-up in basis.

State tax deduction limitations.  Other tax issues may become intertwined in the push for infrastructure. Some House Democrats have threatened to withhold support for the infrastructure proposal if a rule limiting state and local tax deductions (SALT) is not repealed. Changing the SALT deduction is also a priority of Majority Leader Chuck Schumer making it more likely to be included in a final bill. The Tax Cuts and Jobs Act of 2017 limited SALT deductions to $10,000.

K·Coe’s Brian Kuehl, director of government and public affairs, sums up what’s important for businesses to know for the immediate future:

While Republicans have indicated that they would not favor raising taxes to pay for infrastructure, Democrats could use the budget reconciliation process for one or both of these infrastructure packages just as they did for the American Rescue Plan. This would allow these bills to pass with a simple majority in the Senate but with a 50-50 split in the upper chamber, and Democrats could not afford to lose even one vote.

Secondly, these infrastructure packages could deliver benefits for many organizations, but could also be coupled with tax increases that could affect your business.

K·Coe Isom will be closely monitoring the efforts in Congress to pass infrastructure legislation and provide updates on these critical issues and potential impacts for businesses. If you have questions about these proposals and how they might affect your business, please reach out to a K·Coe advisor. 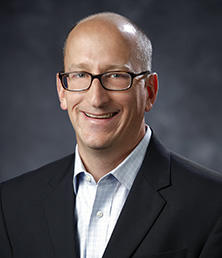