How Final Rules for Section 199A Impact Banks

Overall Consensus on Finality is Good, Not Great On January 18, the U.S. Treasury released its much anticipated final Section 199A regulations of the Tax Cuts and Jobs Act (TCJA), which allows shareholders of Subchapter S banks to take a 20 percent deduction on “qualified business income.” The final rule is better than the proposed rule released in August, but not as beneficial as we had hoped.

Qualified Trade or Business: If a bank is a qualified trade or business, its shareholders qualify for the 199A deduction as long as the shareholder’s taxable income is less than $157,500 (single) or $315,000 (married filing jointly). If the shareholder’s taxable income exceeds the above amounts they still qualify for the 199A if the bank pays enough W-2 wages or has enough cost basis in its asset. Most banks pay enough W-2 wages so exceeding the above income limits will not cause the 199A deduction to be lost.

The statute provides that SSTBs include: most professional services, consulting, financial services, brokerage services, investment or investment management services and dealing in securities.

Receive updates like this by subscribing to our Good $ense Newsletter.

The final rule under Section 199A provides definitions and guidance for the application of the 20 percent deduction, as described below.

“Banking” is Not “Financial Services”

Section 199A states that an SSTB includes any business involved with the performance of financial services. Although the term by itself might seem broad enough to include banking, the definition referenced in the statute was clear that banking was not included. Thus, in general terms, banking is a qualified trade or business and qualifies for the 199A tax deduction.

The proposed regulations stated that an SSTB includes any business that involves the performance of services that consist of trading or dealing in securities.

Under the proposed regulation, banks that sold more than 60 loans sold during the year, or more than 5% of the total principal of loans originated, were considered a dealer in securities, and the profits from the loan sales would have to be tested as an SSTB to determine whether they are de minimis.

The final rule provides that income from the origination and sale of loans, including mortgage loans, is qualified business income and therefore eligible for the deduction under Section 199A. This is a significant, positive change from the proposed regulation.

It remains unclear how this would apply to trust or fiduciary services offered by a bank, but for banks that have significant trust operations, this definition could require the bank to break out the SSTB separately from the banking income if the de minimis threshold is exceeded.

Under both the proposed and final rules, Section 199A also states that an SSTB includes any business involved with the performance of brokerage services. There were questions about whether real estate agencies or insurance agencies were included in this term. The regulations specifically exclude “services provided by real estate agents and brokers, or insurance agents and brokers” from the term “brokerage services.” Rather, “brokerage services” applies in the context of stockbrokers, who arrange transactions between a buyer and seller with respect to securities for a commission or fee.

Is the SSTB a Separate Trade or Business?

As with any new regulations, it’s important to assess these guidelines in their entirety. Contact a K·Coe Isom advisor with questions surrounding the applicability of the final 199A rules. 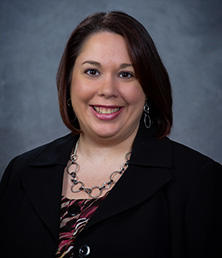